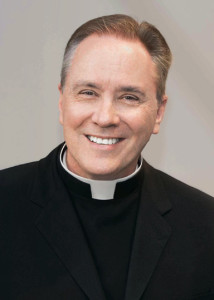 Monsignor Jim Lisante is currently Pastor of Our Lady of Lourdes Church in Massapequa Park, NY. He hosts a weekly, national radio program called “Personally Speaking” that has been airing on The Catholic Channel on SiriusXM and Relevant Radio stations around the country. Msgr. Lisante is a frequent spokesperson for the Church on television and radio and is a Fox News Contributor. He was the Director of The Christophers and hosted their television show, “Christopher Close-Up.” He’s also appeared on PBS, MSNBC, CNN and Nightline. Monsignor Lisante served as the Director of the Office of Family Ministry for the Diocese of Rockville Centre and is the author of four books. His most recent book is called “More of Life and Love.”