Juan Rodriguez is worried about family living in Puerto Rico. Now, he’s going door-to-door in Queens, taking action to get relief for the people on the island who are enduring a non-stop series of powerful earthquakes.

He’s spearheading a donation drive at his parish, Queen of Angels Church in Sunnyside, Queens, by going to local businesses and getting them onboard the relief campaign.

“We just don’t want to sit back and wait until somebody does something,” explained Juan. “We want to act now.”

“I’m always willing to lend a hand,” said one shop employee. “Everyone who can help has to help,” added another.

Juan is also calling on other parishes in Brooklyn and Queens to help, asking for items including non-perishable foods, baby products and first aid supplies.

Between now and Feb. 2, Juan plans on filling a parish hall with essentials to help the people of Puerto Rico.

You can drop off donations at Queen of Angels Church, which is located on Skillman Avenue between 44th and 45th streets in Sunnyside, Queens.

He met with San Juan Archbishop Roberto Nieves and distributed blankets in Ponce, near the quake’s epicenter.

While Juan’s family in Puerto Rico is okay, he has a message of hope for everyone on the island: “Hang in there, keep supporting one another, and Queen of Angels will be praying for you!”

Queen of Angels Church is stepping up to become ‘angels’ for the people of Puerto Rico. 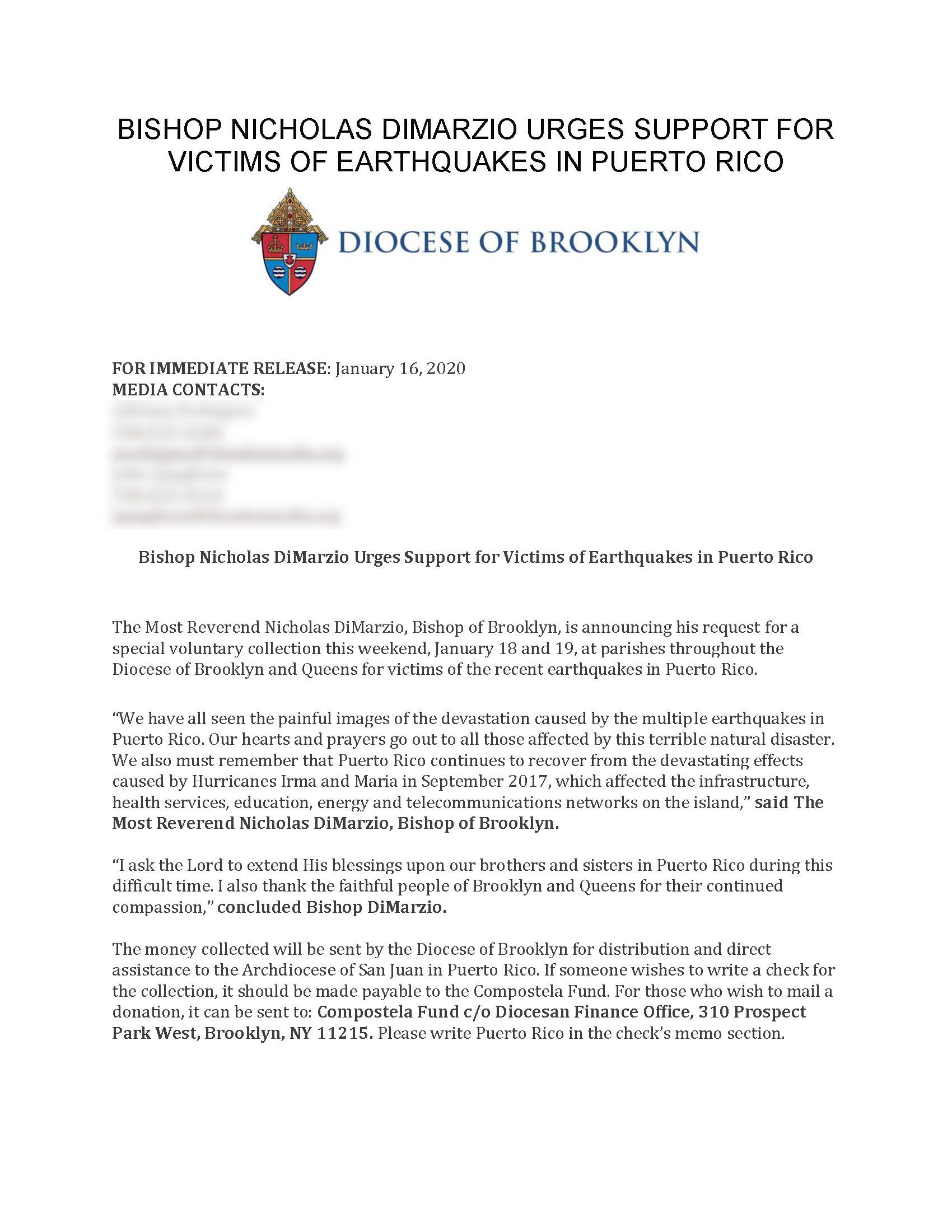